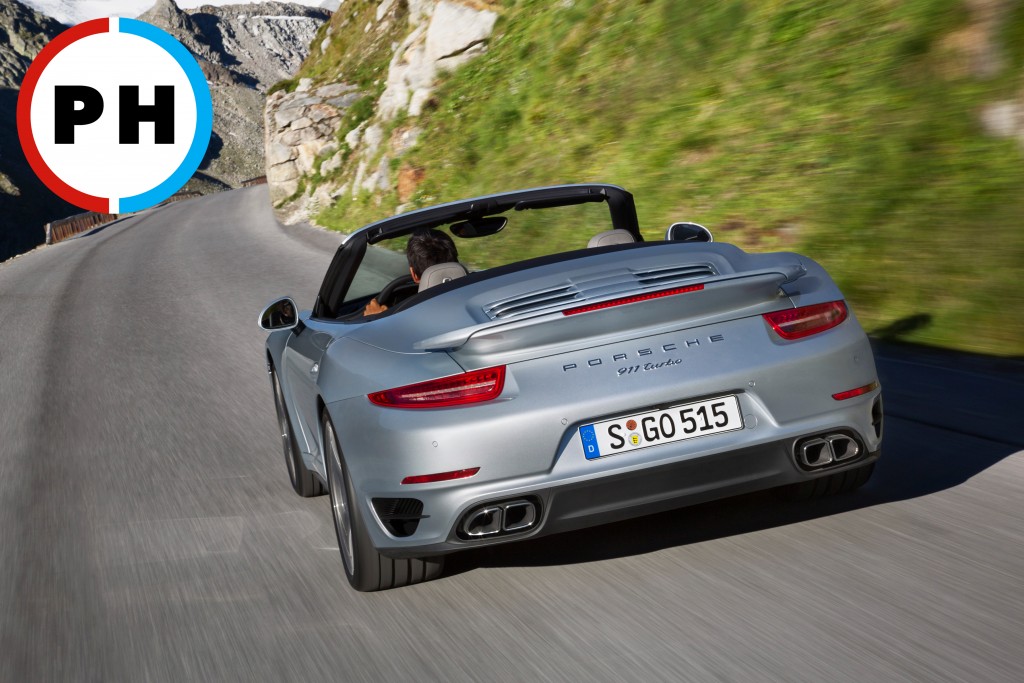 Mid-engine vs. Rear-engine – The Debate Between Theory and Practice

The great debate
One of the great debates among car enthusiasts, whether mid-engine vs. rear-engine is better, has been raging since the “optimal location” for an engine was determined as being near the center of a car. It seems, however, that much like in Harry Potter where the wand chooses the wizard, the car chooses the driver. Porsche’s two powerful contenders the Cayman and the 911, two amazing machines, can wield great magic in the hands of the right driver. Let’s take a look at the specs.

Mid-engine
The mid-engine location, such as is found in the Porsche Cayman, is considered by many to be the optimal engine position because it reduces the vehicle’s moment of inertia – this makes it easier and faster to turn in a new direction at high speeds. The terminology mid-engine describes cars that place the engine and transaxle behind the motorist and in front of the back axles. This design achieves the ideal weight distribution, traction and centre of gravity. By centering the car’s weight the wheels aren’t thrown off-balance when trying to cope with extra weight, allowing the car to be steered more precisely. Focusing the engine weight as close as possible to the vertical axis of rotation of the vehicle decreases the polar moment of inertia, in theory making it easier to start and end a cornering maneuver. The mid-mounted engine’s proximity to the rear wheels is also considered ideal so as to not lose power. The feeling of a mid-engine drive has been called visceral and described by many to feel like you’re stuck to the street.

Rear-Engine
A rear-mounted engine (for example, the Porsche 911 GT3) has the engine located in the trunk area, placing the power source behind the rear axle, which increases acceleration and braking ability. The weight of the engine rests on the rear wheels, which improves tyre traction. Rear-wheel-drive cars are prone to over steer – a form of a skid, over steer is when the back end of the car slides out of line compared to the front, causing a fishtailing effect. Over steer can be difficult to control, particularly in bad weather, but plenty of drivers seem to enjoy the experience. A rear-mounted engine’s drive has been describe as feeling like being pushed, as opposed to being pulled by an engine located in the front of the car. It has also been described as edgy, quirky, and yet tricky to control – especially for a novice.

The car chooses the driver
Both these designs have their pros. Years of thought and effort have gone into making each a precision machine. They are both truly awesome and each has a different feel to the other. With the 911’s superior acceleration and braking, compared to the smaller moment of inertia and easier handling of the Cayman – it boils down to the individual driver. Which kind of road-wizard are you? Do you prefer control and agility? Or a little bit of unpredictability and backchat? Being caressed with finesse through the corner? Or a quick slip up the straight? What are your abilities and temperament? Once you have had the opportunity to try them both you will surely fall on one side or the other of the great divide.