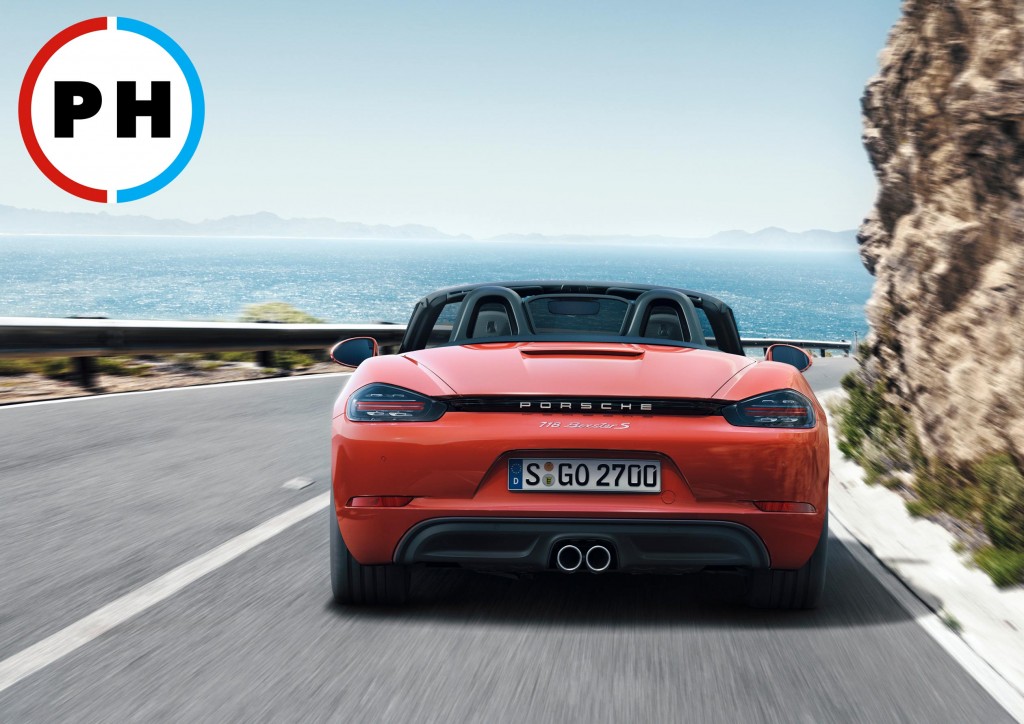 It’s been two decades since Porsche’s respected ‘junior’ sports car, the Boxster, first went on sale. Three generations of the mid-engined roadster are few considering that period of time, but this puts into focus Porsche’s ability to get the basics right from the start, with just a facelift and various tweaks keeping the various models competitive, even as competitors launched many brand new models.

The latest of these facelifts – to generation three of the Boxster – is one of the most mechanically significant in the range’s history. Now called the 718 Boxster and 718 Boxster S (paying homage to the four-cylinder open-cockpit 718 racing car from the 1950’s/60s), the revised range also sees the introduction of new, four-cylinder turbocharged engines.

More Power and More Efficiency
The regular Boxster’s 2-liter engine makes 300 horsepower and boasts a maximum torque output of 280 lb-ft. That latter figure, by the way, is up from 206 lb-ft and is now produced from as low as 1950 rpm and maintained all the way up to 4500 rpm. The S model’s figures – benefitting from an enlarged 2,5-liter displacement – are 350 horsepower and 310 lb-ft of torque.

All of this extra power and torque sees tangible increases in performance, with the Boxster PDK completing the 0-60 mph sprint in 4,7 seconds, and the S Model doing the same in 4,2 seconds. Where the old 2,7-liter Boxster topped out at 164 mph, the new model can reach 171 and the S can reach 177.

Coupled with these stellar statistics is an overall improvement of 13 percent when it comes to the range’s fuel consumption. The Boxster PDK has a NEDC figure of 6,9 l/100km, which is a not-insignificant liter less, per 100km, than what the previous model used.

The chassis has also received attention and retuning for better performance through the corners, while the steering is said to be even more direct.

A Sharpened-up Look
The Boxster’s appearance has been subtly updated, as always, although there are one or two crisp details that do stand out as different. So, while you may not immediately notice the more angular front bumper or new door handles, you probably will cast your eye towards the accent strip between the tail lamps. Also, the four-point daytime LED running lights do stand out as unique, as it’s more common for LEDs to be arranged in a strip.

Inside, Porsche has restricted changes to an instrument panel that is revised, a new steering wheel and a larger infotainment screen in the center of the dashboard. The latter, especially, is a very welcome addition and brings the Boxster in line with the similarly updated system used in the 911 Carrera range.

As the world’s motoring media gets behind the wheel of the 718 Boxster range, we’ll be able to gauge if these improvements have also resulted in a machine that is at least as engaging as the very competent model it replaces. If it is, and you want to get your hands on one, expect to pay $56,000 for the standard Boxster and $63,900 for the more powerful S model.