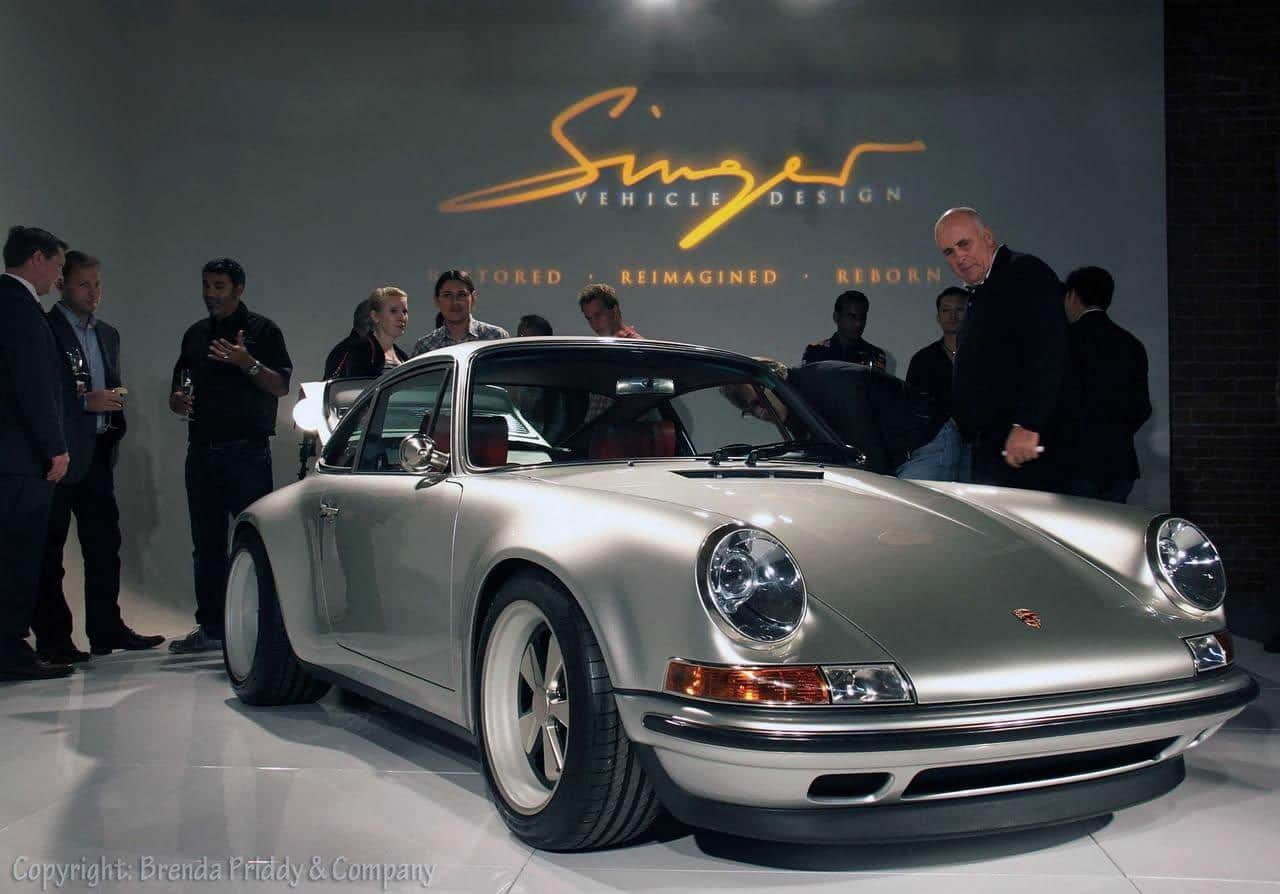 The Epitome of a Porsche Taken to the Next Level

Singer is a Californian based company founded in 2009 which explores the creative possibilities within the vibrant world of the classic automobile. They take Porsche 911s built in 1990-1994, (specifically the 964 model), dismantle them, and then rebuild them with the best quality parts in every aspect of the car. They don’t make hot rods or luxury cars, the creations that leave the Singer workshop would put any luxury car in the world to shame, while being the best performing 964 to ever grace tarmac. The amount of experience and precision put into every single car cannot be overstated.

History
Singer is the lovechild of Rob Dickinson. He is a British musician who gained his fame as the lead man for Catherine Wheel. But more importantly, he is an avid Porsche fanatic. Ever since seeing his first Porsche at the age of five, his dream was of owning a 911. He bought his first 911 in 1996, but only started hot rodding them when he moved to Los Angeles in the early 2000’s. His first hot rodded 911 got him noticed by the R-group, a Porsche 911 enthusiast group. The R-group consisted on Porsche fanatics who, unlike Rob, had the money to create hot rodded masterpieces. And so Rob realized that there were people willing to pay anything for the quintessential Porsche 911. This is the idea that formed Singer.

Work
Singer asks the question, “If time and money weren’t an issue what would the perfect Porsche look and feel like?”. This begins with the model, they chose the 964, because of two key factors. Firstly, it’s one of the last air-cooled 911s and one of the first to not use torsion bar suspension. And so Singer only works with 964.

If you want a Singer 911, you need to provide them with an early ’90s 964 road worthy model and $390,000 in cash. They will then completely strip the car down to the metal chassis, which gets repaired and strengthened. The monocoque is replaced by a completely carbon fiber shell, which is stronger and lighter. The finished car is actually 500 pounds lighter, mostly due to the new body. The engine is completely rebuilt into a 3.8 liter with 350 hp or a 4.0 liter with 390 hp, the client decides which. This puts the new engine at 100 hp more powerful than the stock engine.
Along with the massive weight loss and incredible power gain, the steering, transmission and brakes are all replaced with modern performance versions to ensure maximum responsiveness. This means that you have a 911 which is at least 20 years old which can do 0-60 in 4.5 s and has a top speed of 170 mph.

Yet, along with all of these performance advantages, Singer also aims to improve the aesthetics of the car. Following the mantra of “functionality is beauty”, the body is remodeled to accommodate the new rear wheels and brakes, giving it a bulkier rear. The interior is totally redone with lightweight carbon fiber race seats which save another 100 pound. There is crosshatched leather tooling on the seats and dashboard, giving the interior an exquisite feel and there are of course smaller touches like the tachometer going up to 11, as an homage to Spinal tap.

Once these cars leave the workshop after 9 months of work, they have gone from tired old relics to the most perfect versions that the 964 could ever have been. They have been featured on Top Gear and Jay Leno’s Garage, both giving rave reviews. For the classic 911 fanatics, there is not a more perfect car on Earth.

Spread the love
← Why Flat 6?
It’s Not Just About the Car, It’s Also About the People →