On the Track – Porsche 718 Boxster S vs Audi TT RS 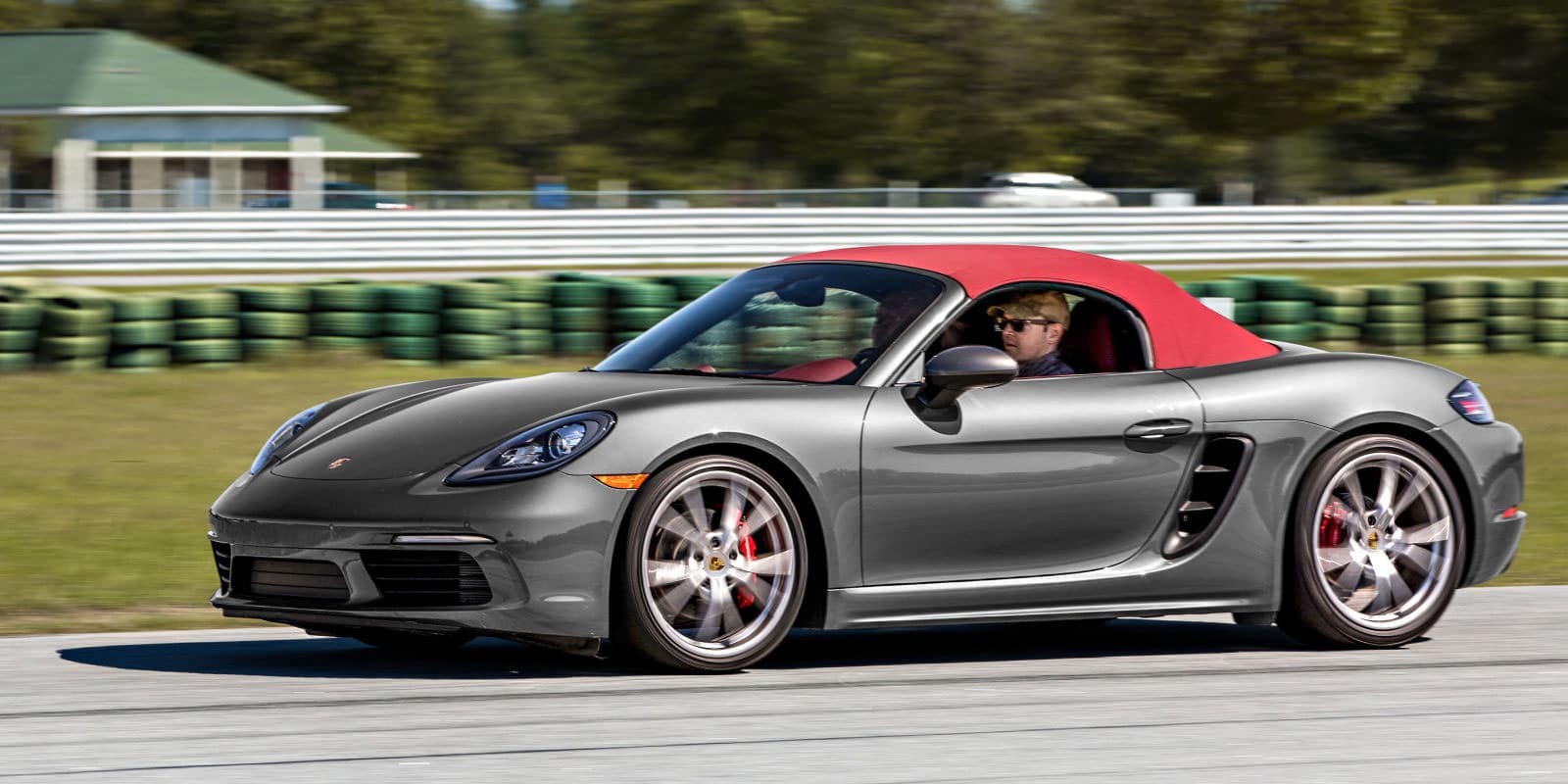 Long has the traditions of heated debates surrounding our favorite automobiles been a mainstay of pub conversation. Sports car have fueled many people’s love for cars, fine engineering as well as some solid friendships. On the chopping block in this article, are the Porsche 718 Boxster S and the Audi TT RS – two of the most beautiful sports cars, both inside and out. Let’s put them head-to-head to see who would fare on the track.

On paper, it looks as though the Audi may have the upper hand but ‘What Car’ comparison saw the Audi reach 0-60mph on a sprint in 6.0 seconds, compared to the Porsche’s 4.5 seconds. The Porsche has also been shown to kick up its RPM quicker and with greater force – reaching and maintaining its ceiling of 7500rpm, 700rpm higher than the Audi’s ceiling. All in all, the Boxster is lighter, quicker, and more ferocious – definitely more useful on the track.

Because Porsche’s Boxster has the centrally placed engine, lighter curb weight, rear-wheel drive with forward propulsion and good balance between the front and rear axles, it is often praised for its superior handling experience. “Feel good” steering, precise turning, active dampening, and well-balanced brakes make for a beautifully poised drive. The TTRS takes an almost completely different stance to handling – this 4-wheel drive with traction control allows you to hug the road firmly, giving you much needed stability at high speeds. Although it is agile, the TTRS does not respond as well as the Boxster to quick flicks or precise movements.

The Boxster’s old six-cylinder engine would have easily shamed the TTRS for guttural roar expected with a sport coupe. However, the new 4-cylinder, a naturally deeper and softer sound, is not completely out of the game as Porsche have addition sport exhausts to ramp up your sound – for an extra buck, of course.

Both Porsche and Audi are well known for the gorgeous styling that goes into their vehicles and personal preference will play the biggest role in which you think carries the intimidation factor to the track. The overall feeling and involvement in the drive is much better with the Boxster; your drive feels much more intrinsic – making you feel like racer.

Fifth Gear aired an episode comparing the Porsche 718 Boxster S, the Audi TT RS and the Nissan 370Z. Each car with their own pros and cons, they compared them with tests of agility, in a drift off and in a pure timed lap. Missing the agility win by a mere 0.2 seconds, the Porsche came out on top with the best drift display (score of 7 to 4) and the fastest timed lap (1:22.5 versus 1:23.3)

Road and Track also did some pure lap times comparing the Boxster and the TTRS; once again, the Porsche came out on top with a total time of 1:11,0 seconds to 1:12,4, respectively.

We can say that without a doubt, the Porsche 718 Boxster S is superior to the Audi TT RS in almost all track aspects: speed, drive, handling and feel.