The Cayman GT4 – New Addition to the Porsche Family 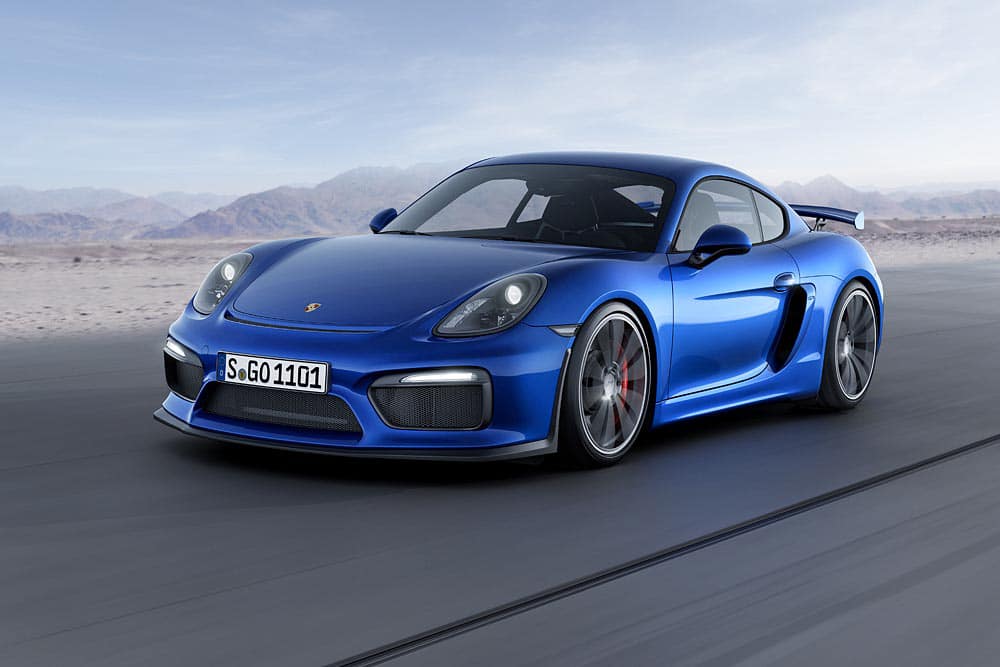 Porsche has done it again. The luxury German sports automobile company recently released the Cayman GT4 – an updated version of its Cayman model that first launched in 2006. While the new sports car debuted earlier this year, it has only hit the U.S. dealerships in July 2015.

The Cayman GT4 comes with a 6-speed manual transmission and contains a revised version of the 3.8 liter flat-six engine that is in the Porsche 911 Carrera S. Another change to the newly released updated Cayman model is that it has a vented front bumper that enables it to cool the additional radiator more efficiently.

The Cayman is a mid-engine, 2-seated sports car, which is derived from the sports automobile maker’s Boxster roadster. The GT4 model has a 30 mm lower ride height, compared to the original. It also has updated breaks and there are a number of extras that are made available for this car, including a rear half-roll cage, a fire extinguisher and a racing harness for the driver.

The GT4 comes with wide, 20-inch, alloy wheels in platinum, which are designed to improve the performance of both traction and cornering. This model has a fixed wing, with uprights in aluminum, as well as a spoiler underneath that produces downforce at the rear axle.

Buyers of the new model can also purchase optional carbon-ceramic breaks, carbon-fiber seat shells and a version of a lap-timer package that comes with a performance-tracking smartphone app.

The newly released Cayman GT4 offers 385 horsepower, which makes it a more powerful Cayman. The new GT4 model is 45 horsepower stronger than its previous Cayman model and its suspension consists almost entirely of components of Porsche’s 911 GT3. 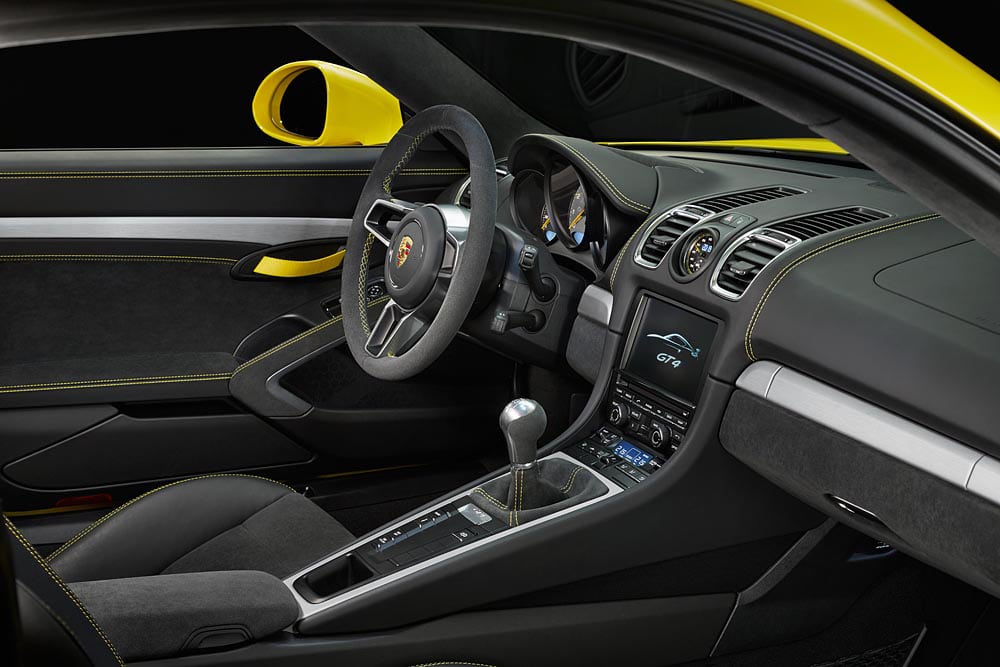 One area where the Cayman GT4 sets itself apart is in its price. The automobile started selling in U.S. dealerships this month, at a bargain price of $85,595. This makes the new car, which is considered a benchmark in its class, a solid $50,000 less expensive than the 911.

Together with the improved specs, the price places it as an unexpected bargain from Porsche, who are known for their high-performance sports cars. Considering the remarkably low price point, the value of the car, and the fact that it is a Porsche (a most prestigious automobile brand) the Cayman GT4 is a steal.