The Evolution of Porsche 911 GT3 RS 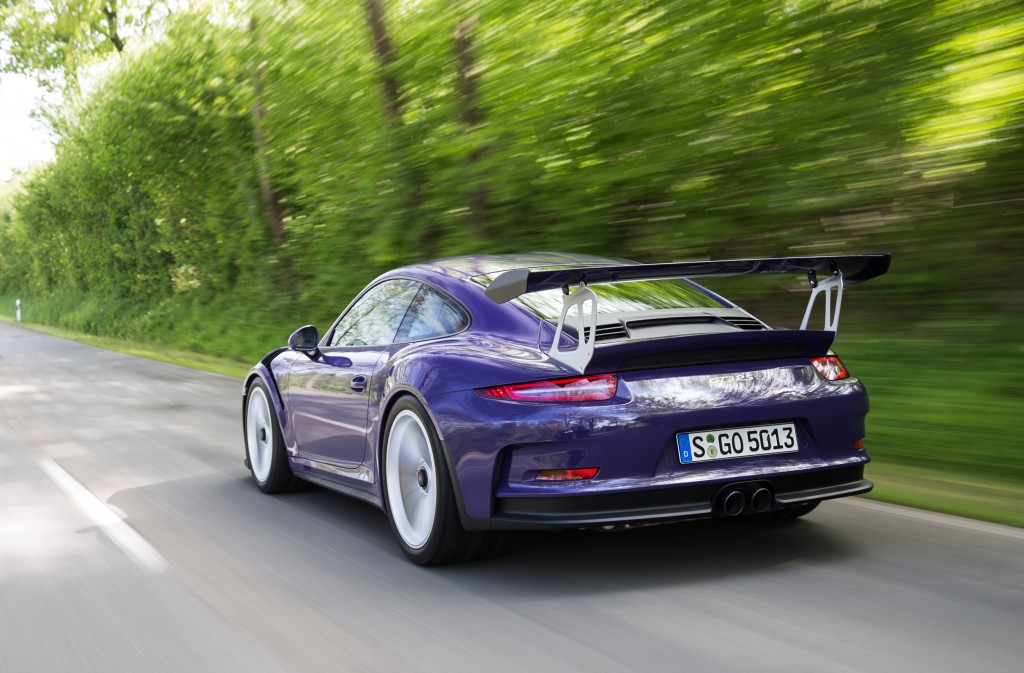 Upon visiting the international Porsche website, you won’t find the 2016 911 GT3 RS model in a hurry. First, you’ll need to locate the tab for all 911 models. Then, you’ll need to scroll way down (through 24 increasingly stirring variants in the extensive 911 range) before finding, right at the very bottom of the blockbuster list, the GT3 RS.

Yes, like scanning a restaurant drinks menu and eventually finding the most exclusive bottle of wine, acquiring the GT3 RS – undoubtedly the crème de la crème of the Porsche model lineup – requires that much more commitment and focus, whether on a website or on a racetrack.

The fine specimen that is the 2016 model, with its muscular, flaring fenders and one of the most aerodynamically optimized bodies you will find on any road-legal automobile, is not merely the result of a few years’ production. Rather, this new version represents the current apex of the GT3 RS story and, like any good story you’ve read, this one also began on a high note.

Back in 1973, the 911 Carrera RS (Rennsport, German for race car) model was introduced to satisfy motorsport homologation standards at the time. With a larger engine (over the regular 911) and several other modifications, such as the wider rear fenders and the classic ‘ducktail’ spoiler, the RS defined what it was to be purpose-built right from its inception. Fast forward to the 2016 model, and you will find that this one takes attention to detail to a new level; all those creases and curves are not merely for aesthetic pleasure. For example, the 12-slat front wheel arch air outlets (adorning the carbon fenders) allow for the easy escape of air, adding to the overall downforce generated by the sports car’s design. It’s the kind of meticulous, aerodynamic detail not found even on the scorching previous versions of the GT3 RS: the 997 and the 996.

In the power stakes, the 911 GT3 RS becomes the second RS model to reach the 500 horsepower mark (after the 997 GT3 RS 4.0, of which just 600 units were built), produced by its 4.0-liter flat six-cylinder engine. This output exceeds that of all other models in the present 911 range bar the Turbo and Turbo S. Of course, the Turbo twins are heavier and do without the RS’s track-focused adaptations. With this enormous amount of power on tap, the new GT3 RS will hit 62 mph in 3.3 seconds, before hurtling you to a top speed of 200 mph. All of this results in a Nürburgring Nordschleife lap time of seven minutes and 20 seconds. This is five seconds quicker than the current GT3 and a full seven seconds quicker than the final version of the 997 GT3 RS, which was also fitted with a 4.0-liter engine. The Porsche Doppelkupplung (PDK) or double-clutch transmission adds millisecond-quick gear changes to the mix, a further advantage over earlier GT3 models.

If your track day heroics threaten to get the better of you (and even more unlikely, the GT3 RS’s stratospheric limits, aided by new rear-axle steering), you’ll appreciate that this model is also available with the Club Sport Package. It includes a bolted-on roll cage just behind the front seats, a six-point safety harness for the lucky individual at the helm of this beast and a fire extinguisher.

In short, the 2016 GT3 RS represents Porsche at its current performance peak. The RS spirit has been maintained, but the performance standard has once again been raised to lofty heights.