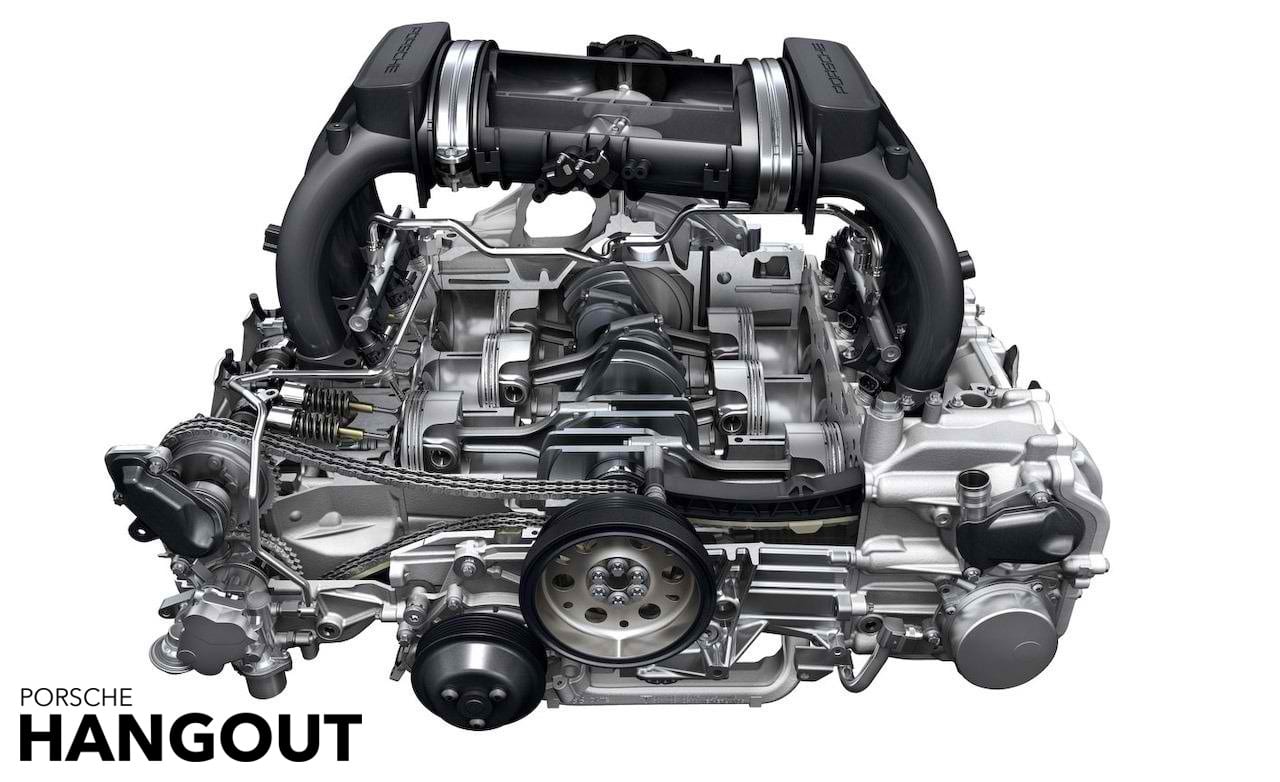 Flat 6 The Cream of The Crop

What Exactly is The Flat 6 Engine?
Just in case you are a complete novice and you didn’t already know, the flat 6 engine, is a marvel of modern technology. The flat 6 engine, used mostly in luxury sports cars, cruising motorbikes, and aircraft, unlike other motors, has six cylinders horizontally arranged in two banks on each side of the central crankcase. The opposing pistons move in opposite directions simultaneously along the same plane – this action is responsible for giving the engine the nick name of “the boxer engine”.

Ok, So What Are The Advantages of The Flat 6 Engine?
Maybe you haven’t realized it yet, but this thing is kind of a big deal. The configuration of the flat 6 engine has a great balance of moving parts which give the engine better stability and less wobble, and vibration when in operation. The design of the flat 6 engine requires no counterbalances. With the flat 6 the engine has a lower center of gravity aiding in road traction and handling of your vehicle. This engine also has the advantage of a very short engine length allowing for a more compact vehicle design. The engine is by far the heaviest single object in the car — usually over 400 lbs., often heavier. The flat 6 lends itself to rear and mid-engine designs where the engine gives the advantage of a low center of gravity for greater maneuverability as it is placed low in the vehicle. The primary reason the flat 6 engine is used in automobile construction has always been handling, not power – working toward creating word class automobiles.

What Makes World Class Automobiles?
The development of world class cars comes down to one basic principle: minimizing weight while maximizing power. In this respect the Porsche boxer deserves credit for providing a compact, naturally pronounced engine that feels and sounds incredibly powerful. The base engine in this car, a 2.7L horizontally opposed 6-cyl., is not shockingly powerful on the face of it, achieving only 275 horse powers and a plain 213 lb.-ft. (289 Nm) of torque; not much by the standards of today’s sports cars. But attach this engine to the cutting edge designed car and engage the starter and it will become obvious why the 2.7L flat-6 has won Porsche’s “fourth Ward’s 10 Best Engines” trophy. The people at Porsche have spent a lot of time and effort maximizing the power that their engines produce. Putting the coupe into gear, and letting the engine work its magic, will have you agreeing with the point that minimizing weight while maximizing power is the essence of great car design.

Why Choose Second Best When the Best is Available to You?
The enjoyment of driving a vehicle on the open road is second to none but speed without handling is hazardous. Cornering is fun and shouldn’t be feared, and where is the fun in cornering if you can’t go fast? With the development of the flat 6 engine you now have in your hands the perfect balance of handling and agility combined with power. If you already own a vehicle with a flat 6 engine, good on you, you’ve made a brilliant choice, and if you don’t, isn’t it time you considered obtaining one. That is if you are serious about your driving pleasure.