The Legend of the Porsche 718 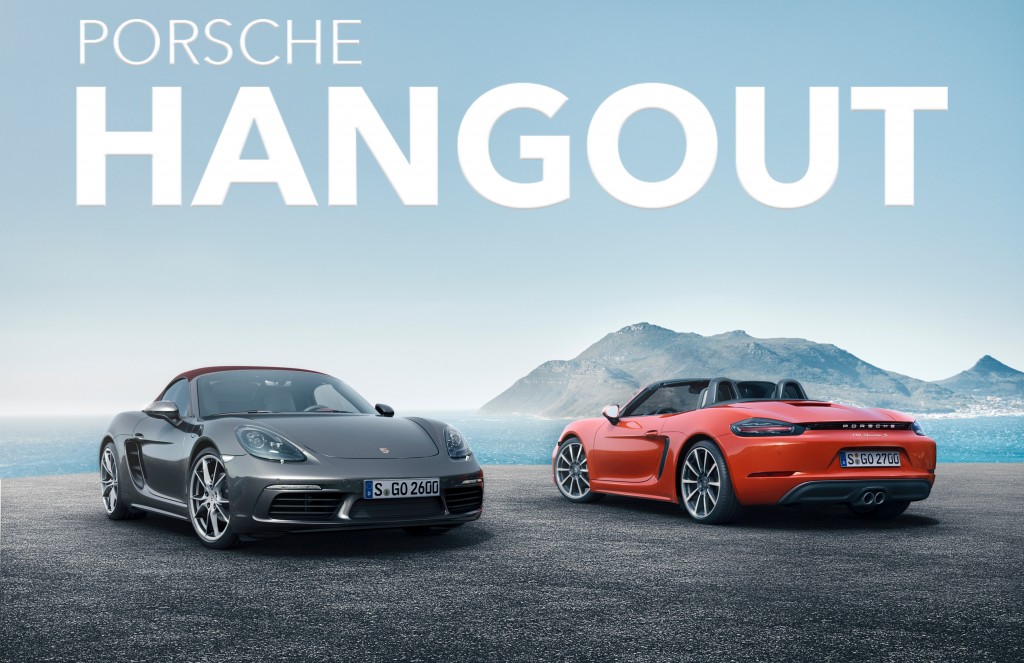 It was back in 1957 when the Porsche 718 open-cockpit racing car made its debut. A development of the revered 550A, the 718 was mechanically distinguished by its naturally aspirated, 1.5-liter four-cylinder Boxer engine. If that sounds a bit puny by Porsche standards, it’s worth remembering that the 718 weighed in at far less than its designation implies: it came in at a scant 570 kilograms or 1260 pounds.

Now, many decades later, Porsche has reintroduced the 718 tag to single out the new range of four-cylinder Boxster and Cayman models. Of course, these models are all turbocharged (and with closed cockpits, thank goodness), following in the bold footsteps of the revised 911’s engine range.

TORQUE OF THE TOWN
As with the new 911 engine range, the immediate benefit of the new four-cylinder, turbocharged units in the Boxster and Cayman are increased torque outputs. The 2,0-liter model produces 296 hp and 280lb-ft of torque, a hefty gain over the previous equivalent model. The 2,5-liter model realizes peaks of 345 hp and 310lb-ft of torque; even more impressively, both models attain maximum torque from a low 1900 rpm.

The performance benefits are clear to see, with the Boxster PDK completing the 0-62mph sprint in 4.7 seconds and the S model doing the same in 4.2 seconds. Fuel consumption is improved in both models, with each claimed to use around 1 liter less per 100km, which represents up to a 13 percent improvement over the previous range.

From behind the wheel, you’ll need to get used to the centrally positioned rev counter only going up to 8000rpm – a reminder that for all the improvements that has come about with the downsized, turbocharged motors, they still can’t be revved to the stratospheric heights of the older six cylinders. The question is, does it matter? With the extra pulling power from lower down, apparently not. Thankfully, a standard six-speed gearbox has been retained and the cozy interior of the new Boxster and Cayman has taken a step up in trim quality. Porsche Communication Management (PCM) adds significantly to the usability and more advanced feel of the interior, with the system’s impressive mobile phone compatibility and audio controls.

FRESH DESIGN ELEMENTS
What is a pleasant surprise is that, unlike many Porsche model introductions over the years, the 718 Boxster models are actually quite easily recognizable as new at first glance. On the Boxster, a wider front end and newly sculpted bi-xenon headlamps are noticeable. Enhanced wings and side sills, together with larger wheels and air inlet panels, beef up the side profile. At the rear, the changes are even more evident – an eye-catching new accent strip between the tail lamps manages to look both retro and thoroughly modern at the same time, while the lights incorporate three-dimensional LED technology.

While we await official pictures of the 718 Cayman, one can comfortably be assured that this model will feature most, if not all, of the enhancements to the upgraded Boxster range. Porsche’s decision to hark back to the 718 racing car in singling out the new Boxster/Cayman range is a smart one – just as the original 718 dominated Le Mans in 1958 with its light weight and four-cylinder screamer, so too do we expect the Cayman and Boxster to maintain their edge in the small sports car market.

Spread the love
← Valentine’s Gifts for the Porsche Lover in Your Life
Hit the Road: All-American Porsche Roadtrips →