The 911 R, a True Porsche for the Purists 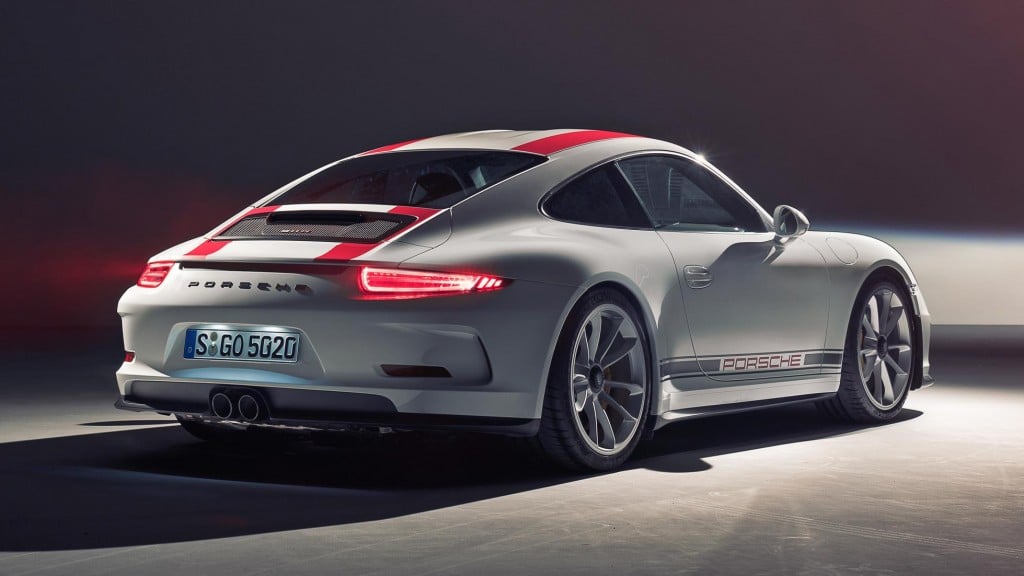 Is more really… more? Porsche seems to think yes and no. While you can buy yourself a Panamera Turbo S Executive – fitted with every conceivable luxury – you also have a vast array of options when it comes to models shorn of unnecessary extras, with the singular mission to entertain the driver and perform almost implausible feats of engineering from a performance perspective.

The new Porsche 911 R is another example of the latter, a pure breed of sports car with more of an emphasis on performance and dynamic pleasure than luxury and excess. Like the road-homologated racing car from 1967, the new 911 R (‘R’ for ‘racing’), also benefits from lightweight construction and creating a driving experience that is untainted.

We’ll get to the exterior treatment in a bit, but what’s more important in the 911 R is what’s happening from behind the driver’s seat. Or should we say, what’s not happening? There’s no climate control, back seats or stereo, although which true racing special ever had these items fitted? Their absence only underscores Porsche’s commitment to the driving experience, and in that department, you won’t be left feeling shortchanged.

The 911 R produces 500 hp at 8,500 rpm and 339lb ft of torque at 6,250 rpm from its 4,0-liter, six-cylinder flat engine. That’s enough to hit 62 mph in 3,8 seconds as you rip through the six-speed manual transmission. Yes, no PDK here – this 911 R is all about involving the driver at all times, even if PDK may result in a fractionally quicker sprinting time.

Further enhancing the driving appeal of the R is its lightweight construction. At just 1,370 kilograms, it is a significant 50 kilograms lighter than the already-trim 911 GT3 RS. A carbon bonnet and wings, along with a magnesium roof, help to keep overall weight down to a minimum. 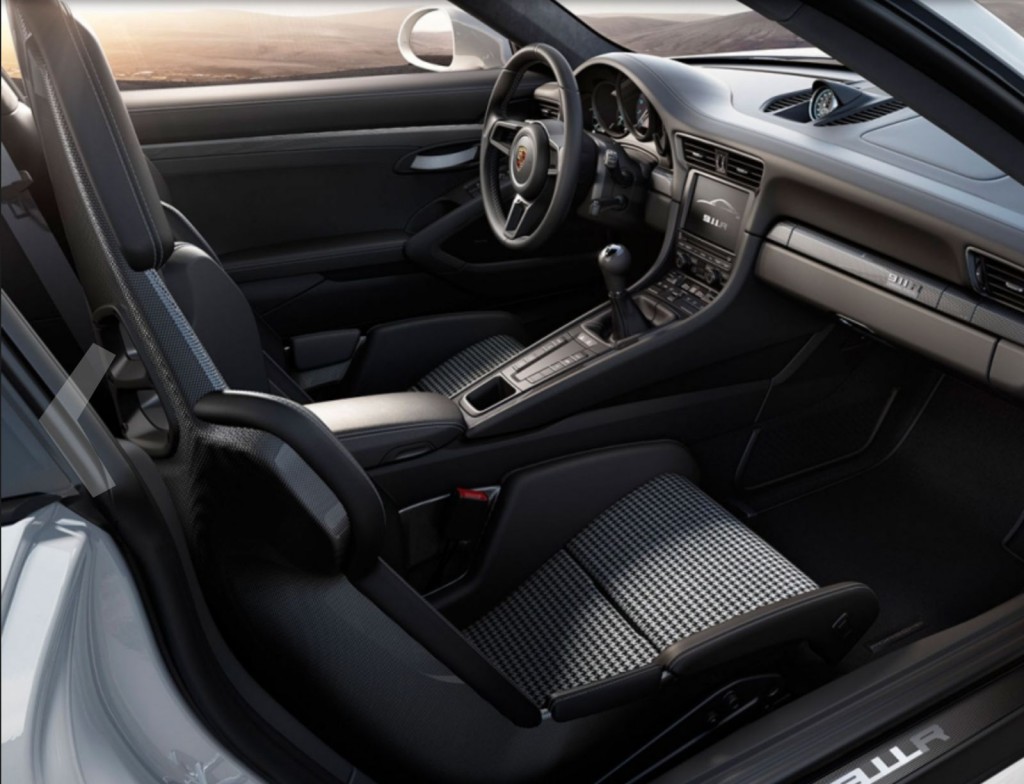 A mechanical rear differential lock helps to achieve maximum traction through the bends, and with reduced sound deadening over even the GT3 RS, you’re exposed to even more of the six-cylinder’s Grammy-worthy sound. That just about solves the ‘problem’ of no standard stereo.

So, technologically it’s not the most cutting edge of Porsches, yet the brief didn‘t call for this – rather, the aim was to create the most fun Porsche, and when the maker of the world’s finest sports cars consciously decides that this is what they wanted to achieve, it’s hard not to sit up and take notice. Will you notice it, though?

Bar continuous color stripes (in your choice of red or green) that run across the length of the body, it is mostly standard Carrera fair. Eagle-eyed enthusiasts will also notice the redesigned spoiler lip in front and Porsche logos on the sides, but really, this is a machine that casts aside frivolous aesthetic appeal in favor of more memorable sensations from behind the wheel.

In a motoring sphere where superiority is too often determined by cold numbers on a sheet of paper, the refreshing 911 R serves as a reminder that a car can still be built upon the intangibles – the way it makes you feel – and for that, Porsche is to be applauded. Let’s hope the world’s motoring media sees it the same way when the chance comes to get behind the wheel. 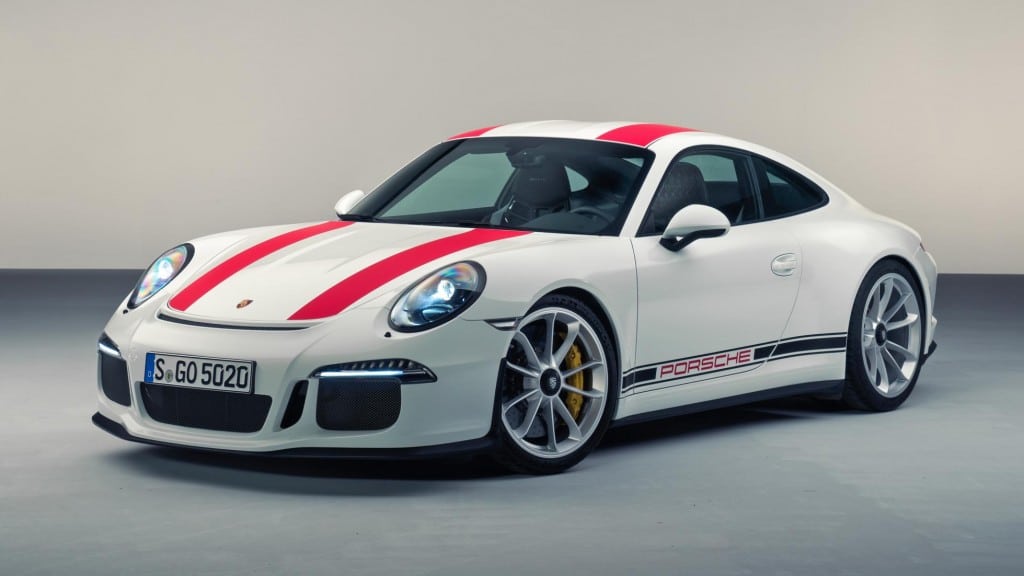