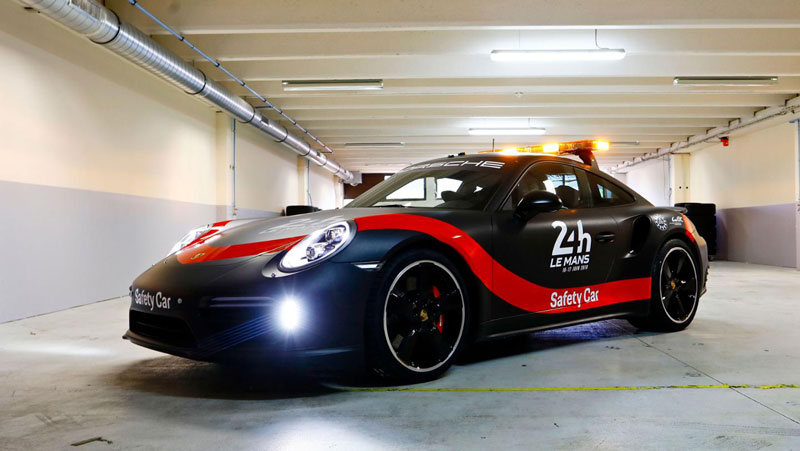 Choosing the Porsche 911 was an easy choice to make. The car boasts an impressive 3.8 liter, twin-turbocharged flat-six engine. The engine has a horsepower of 540 and can accelerate to 60 m/h within 2.9 seconds. That along with the fact that it has a top speed of 198 m/h makes it an understandable choice.

The Porsche 911s that are being used are much like the factory models. The cars come fitted with the Sport Chrono Package. This system enhances the performance of the car by tuning its engine, transmission and suspension quickly – ensuring a speedy response and swift shifting times.

The safety car is largely based on the original model of the Turbo 911. However, it will have to undergo a few modifications to ensure that it is race-ready and meets the requirements to be a safety car. The modified car will have a light bar fixed onto the roof that will inform racers of the status of the track, flashing lights in the front and the back, a radio system that communicates directly with the race director and a monitor to show track signals and the position of the car on the track. 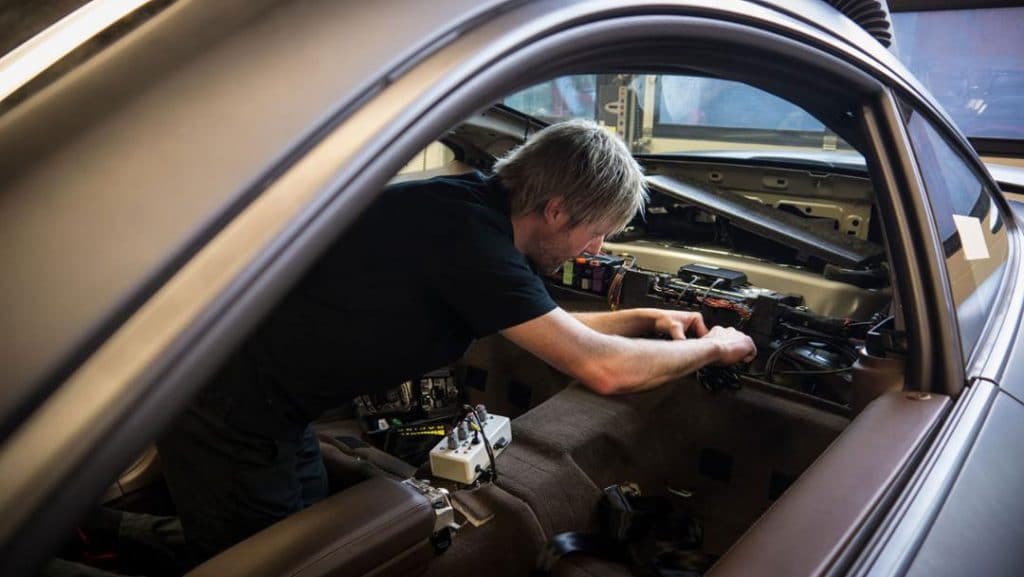 The cars will be fitted with racing seats with 6-point harnesses for both the driver and the front passenger. In addition, they come equipped with Michelin Pilot Sport Cup 2 Tires which are 20-inch track-biased tires. The brakes have been optimized to suit the race track suspension. The body of the car has a matte black finish with glossy red stripes to bring the look together. The design is based on the emblem of the factory race car.

The year’s season of the FIA World Endurance Championship started with the Spa-Francorchamps event in Belgium on May 5. The 24 Hours of Le Mans begins at Circuit de la Sarthe in France on June 16-17.