Porsche 918 Spyder in the Australian Outback 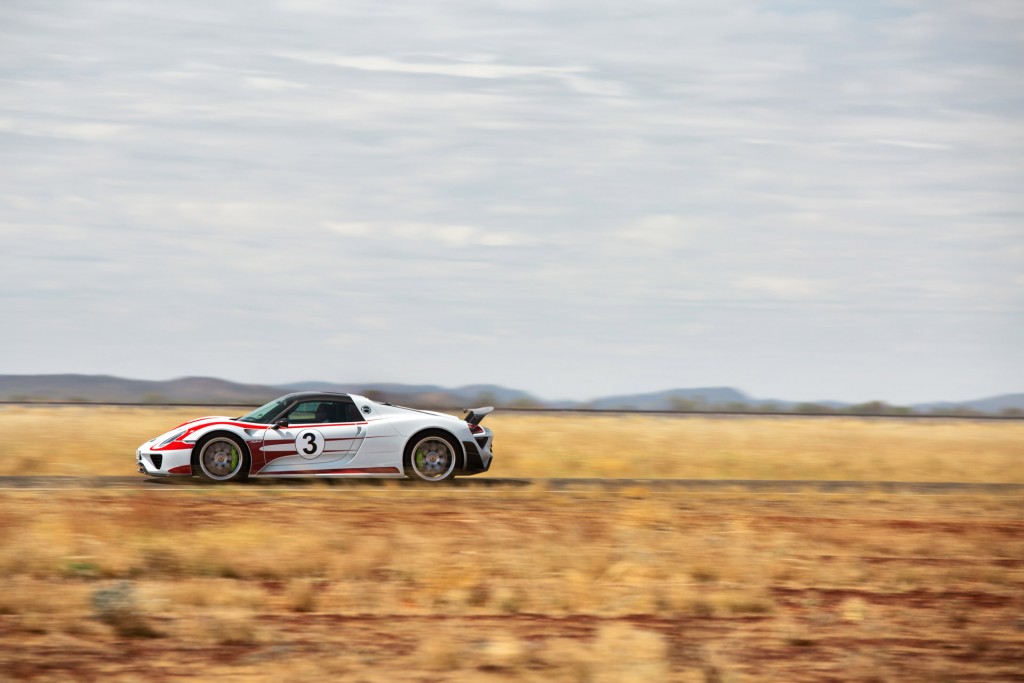 When thinking about opening up the taps on your Porsche 918 Spyder one probably thinks about the German Autobahan as being the place to do such tests. Far away from the police traps, these roads would gives you peace of mind not having to worry about the proverbial blue and white lights pulling you over while allowing you to concentrate on the driving pleasure.

On the other hand there are some other roads that in the middle of Australia where you can comfortably put the 918 to it’s limits and not have to worry about the blue and white lights pulling you over.  look no further than the desolate Australian outback.

in order to test the 918, Porsche recently took a 918 spyder to Stuart Highway with Craig Baird at the cockpit.  They used the same 918 that was used in the Australian F1 Grand Prix in Melbourne it was the same car that also set an unofficial production car lap record at Philip island Last month.

They accelerated the car from 40 MPH to a top speed of around 220 MPH, this they did in an astounding 40 seconds.  Porsche says is “an achievement no other production car has ever managed on Australian roads”

Furthermore the 918 was driven 15 miles from Alice Springs utilizing electric power only until it reached the “unlimited zone” where all 875hp could be released.

Porsche said the use of radios and spotters ensured the road was completely devoid of traffic at the time, with a 911 Turbo along for the ride posting 200 MPH on the same road.

The 918 Spyder’s 6.8 kWh lithium-ion battery pack delivers an all-electric range of 12 mi (19 km) under EPA’s five-cycle tests. The car has a top speed of around 340 km/h (210 mph). The 918 Spyder is a limited edition supercar, and Porsche plans to manufacture 918 units as a 2015 model year. That is all very awesome, but the fear of kangaroos and other huge animals crossing the roads will never ever allow us to drive that flat-out in the Australian outback even if given a chance. Fearless man, that Craig must be. 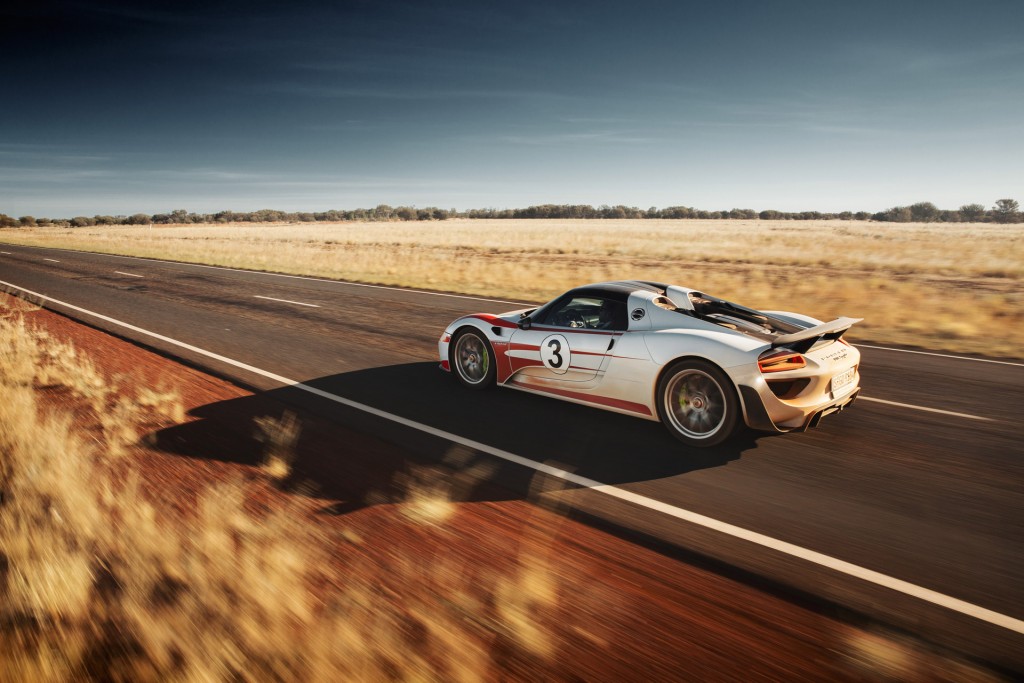 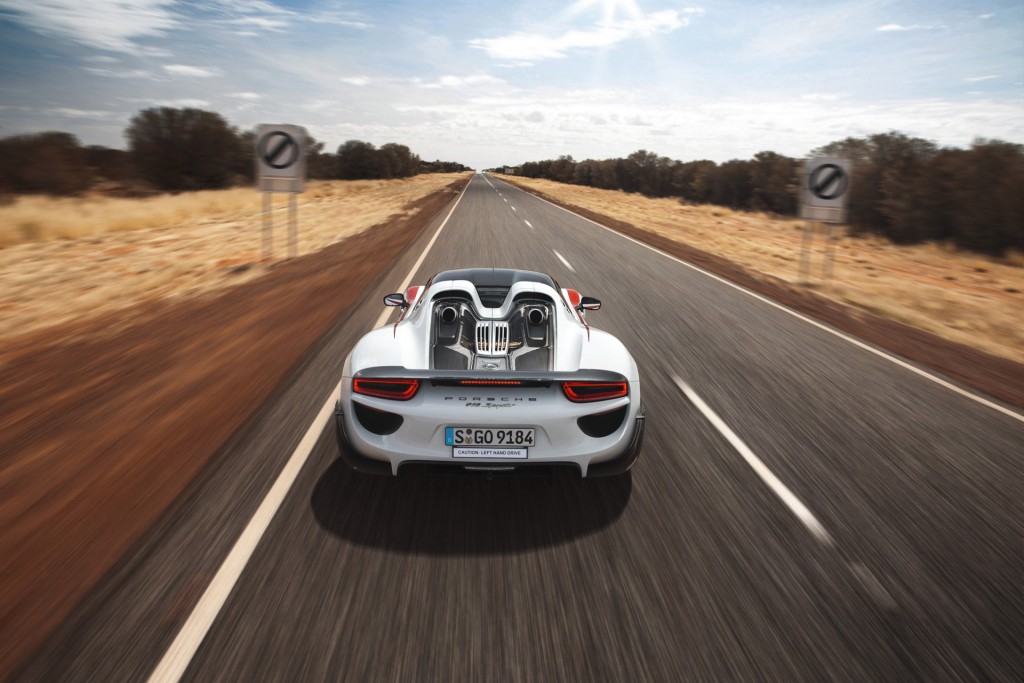 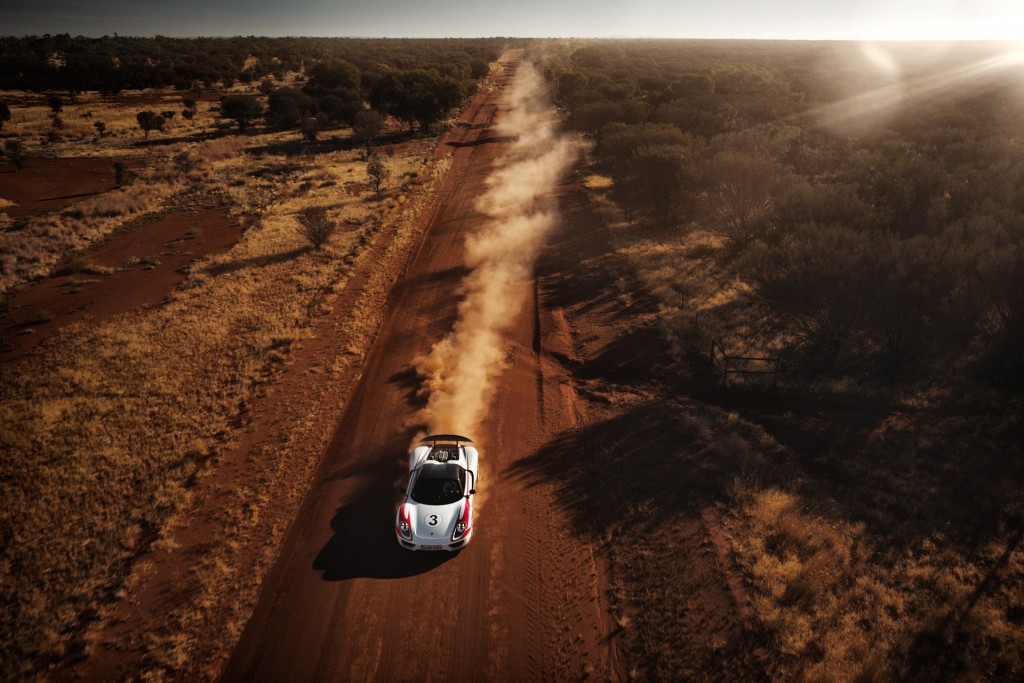