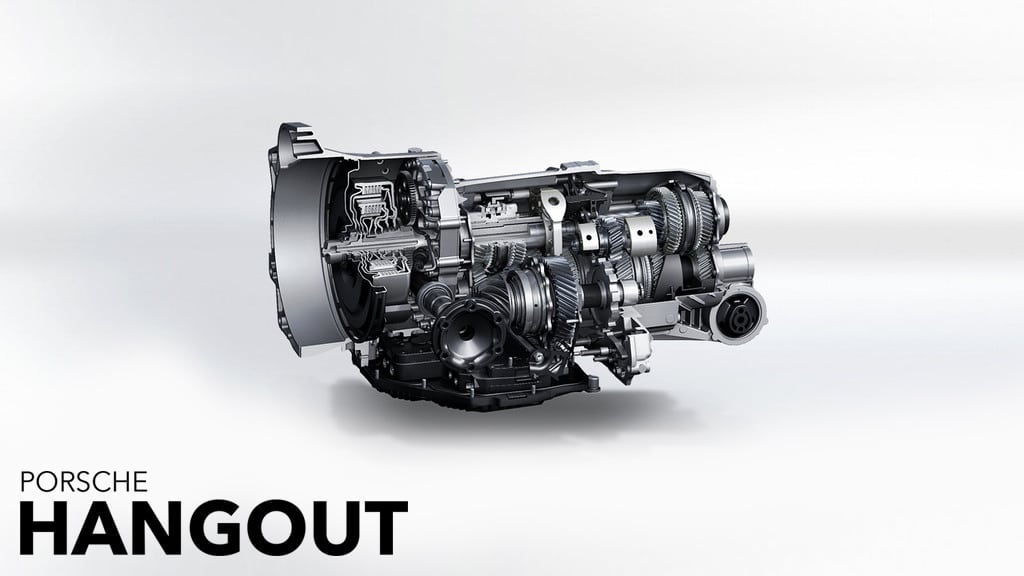 The Inner Workings of a Porsche’s Transmission

The Porsche Doppelkupplung gearbox or as it is commonly known as, the PDK gearbox, is an alternative design to what you are used to seeing in cars. Instead of a single gearbox and one clutch, the PDK system has two clutches and two drive shafts. Porsche then expertly uses both of these drive shafts to make gear changes that are too fast to feel real. Faster than perception, as they like to say.

In a normal transmission, there is a clutch that connects the engine to the drive shaft. The drive shaft, via 5 or 6 gears, interacts with the main shaft to drive the wheels. As time has gone by, automatic transmissions have become more and more common as the technology has progressed. They have a much higher efficiency than manual transmissions and some are even better shifters than a professional on a stick shift. But there is a problem. No matter how fast the system can make decisions, there is still the mechanical act of disengaging the clutch, releasing the gear, picking the new one, and reengaging the clutch. This takes time and there is only so far you can push it before the wear and tear gets unsustainable. So how do you make it faster?

Porsche’s ingenious solution is to use two clutches and two sets of gears. Each clutch is a wet clutch and they both use the same axis, therefore multiple inputs from the engine are not needed. Yet each clutch is connected to its own drive shaft, and these drive shafts are coaxial. The positioning is important, because both need to be able to make contact with the main shaft. Instead of duplicating all of the gears, which there are 7 of, and making a bulky and heavy transmission, Porsche has put all the even gears on one shaft and the odd ones on the other. The reason for 7 gears is to improve efficiency, especially at cruising speeds. So if you are changing up or down sequentially you will constantly be changing between shafts and that means incredibly fast changes. Before the change in gear, the gearbox will select the correct gear and therefore the second the one clutch has released the other can engage, totally removing the gear change time from the process. Once the clutch has disengaged, the control system can start selecting the correct gear for the next change. Since this is designed for an automatic system, the control unit can predict what gear will be needed next, depending on whether you are speeding up or slowing down.

Even though this is an automatic system, you can still manually change gears by using the paddles on the steering wheel. So for those diehards, there is still manual functionality. Although, you may not want to use them since the system does such a great job on its own. Actually, it is so good at its job that the 911 with PDK is 8 seconds faster around the Nürburgring than the manual version. So when Porsche says that the PDK system is the future of transmissions, they can back it up by the fact that it has the ability to improve their Nürburgring time significantly. By just changing the transmission…revolutionary.