The Great Divide – Manual vs. Automatic 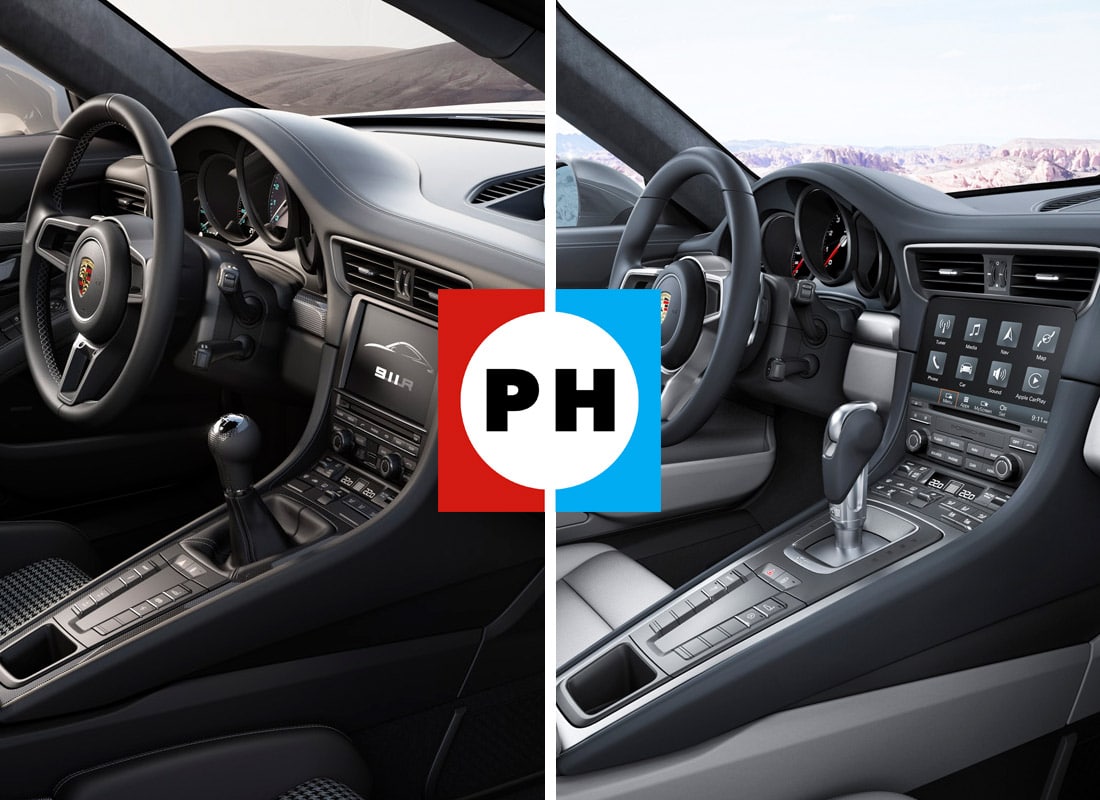 The Battle Between Manual and Automatic Transmissions

For the true motoring aficionados out there, we have reached a somewhat unsettling juncture in the great manual vs. automatic transmission debate. From smaller hatchbacks to the world’s best Porsche sports cars we love so dearly, we’re facing a very real concern: have we entered the twilight of the manual transmission’s lifespan?

The mere thought is enough to make you want to bolt outside and double check that your clutch is still safely secured in the foot well. Even though America has always fancied its automatic transmissions, enthusiasts were generally safe in the knowledge that the manual was always there when needed for weekend blasts or track days.

Another question out there: why is the debate beginning to skew so heavily in favor of automatics? Well, quite simply, the automatic transmission has evolved at a much faster rate. The Porsche tiptronic transmission introduced in 1990 has very little to do with Porsche’s current PDK, double clutch setup, despite both technically being classified as automatics. The latter is smarter, smoother and more intuitive in every way. While manuals can be improved in terms of feel and accuracy, the final product has hardly been revolutionized.

Back to Porsche’s automatic transmission history for a moment, though. First there was Sportomatic, which meant changing gears with just one limb instead of two (you had a gearstick but no manually-operated clutch). It was imaginative but flawed, and over-revving the engine was too easy when accidentally touching the shift lever. Tiptronic’s issues were also well documented, being hugely more expensive than the manual ($2950 extra in 1990), 1,3 seconds slower to 60mph than the manual in the case of the 964 911, and needed to be carefully learnt to attain the most from it.

PDK has solved all these issues and them some, which is why nearly 90% of current 911 buyers opt for this transmission option. As crisp and involving as the Porsche manual remains, PDK’s ability to switch gears in 100 milliseconds means it has not only erased the manual’s accelerative advantage, but surpassed it. With emissions regulations here to stay, PDK’s ability to go further between the pumps is another plus point. Still, these ‘on paper’ statistics have always been viewed as meaningless because a manual provides an emotional, heel and toeing fun factor that can’t be matched by any number of supersonic clutches. When we’re talking driving and sports cars designed to thrill, the manual still makes for a compelling argument.

Here again, PDK has an answer. Manual mode isn’t a gimmick as it was on the tiptronic – with PDK, you get the best out of yourself as the driver and the machine you’re piloting at all times. No more missed gear changes also mean less stress on the drivetrain.

SO, GOODBYE TO THE MANUAL THEN?
Perhaps we need to look to a much smaller but equally powerful product as a reference point. When the touch screen smartphone started to gain traction, traditionalists still clung tightly (quite literally) to their ‘more tactile’ keyboards. However, it was a battle they eventually lost once the smarter technology had its teething issues smoothed over.

Similarly, while there is little replacement for swapping cogs yourself, when even Porsche admits they’re considering PDK-only transmissions for future 911 ranges, perhaps it’s time for us to say goodbye to an old friend and embrace his younger, smarter cousin.