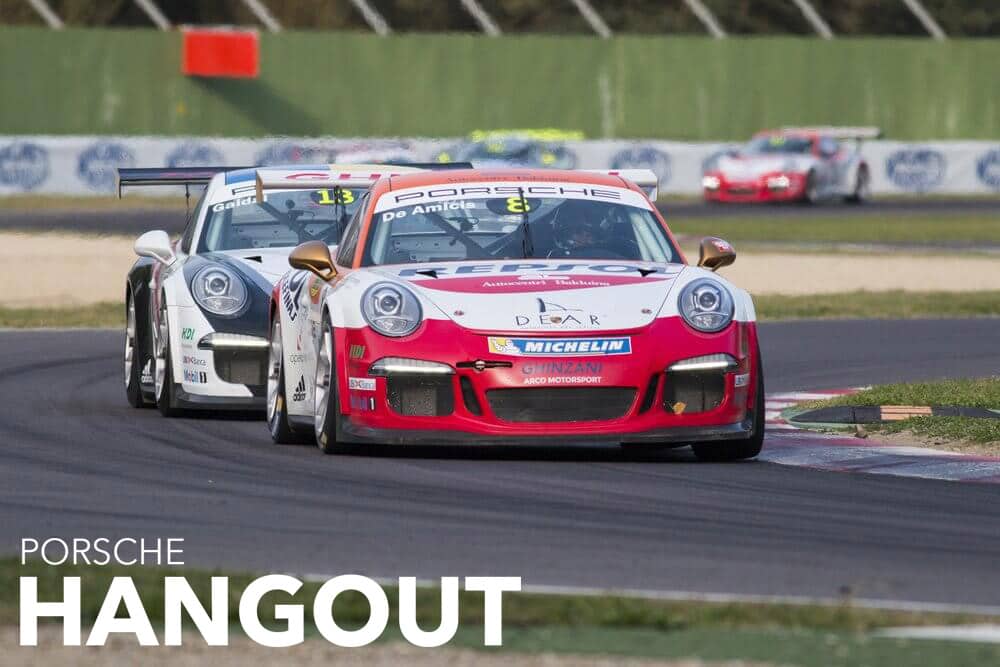 A rear-wheel-drive design has conventionally been the foundation of a fast vehicle. Their combination of power delivery and balance provides the perfect Porsche racing performance experience, without having to get rid of excess weight. However recently, the design of an all-wheel-drive has been created for even more grip and better power delivery.

Perfect example of a Porsche with speed and good handling on curves would be the Porsche Cayman. This 2.7-liter flat six engine, tightly balanced body of aluminum steel body, vehicle provides an increased performance and stability by distributing its torque to the rear wheels (Porsche Torque Vectoring) when matching the driving conditions. Simply stated, from a performance perspective rear-wheel cars have the best handling, as power would be wasted if a front-mounted engine had to send all its power to the rear end of the car to turn the rear wheels. Front-engine cars also lose braking capacity because weight shifts to the front of the car as it decelerates, automatically throwing the car in the opposite direction.

The Cayman however has a mid-engine principle. This means that the engine sits between the axles, allowing center of gravity to be kept as low as possible keeping the vehicle suitable for everyday use. A car such as the Cayman tends to throw itself into curves and not out of them, which creates a high level of dynamism which means a high level of stability.

In contrast to the Porsche Cayman, the Porsche 911 is as impressive as ever. This vehicle sport with a six cylinder 3.0-liter engine, packing on 20 horse power more than previous models, all passed. All this is passed through the Porsche Active Suspension Management (PASM) system, which allows for continuous electronic damping for each wheel based on road conditions and driving style. At eye glance this immediately makes it the better racing performer. The 911 is not just stronger than the Cayman, it is also based on the rear-engine principle and has both an all-wheel drive and a rear wheel drive. The all-wheel drive 911 models have a 44 mm wider body, allowing for a firmer presence on the road. Porsche Traction Management (PTM), present in all-wheel drive systems, varies the drive force transmitted to all four wheels as the situation demands. This helps to ensure stability and even better performance, simultaneously.

Front-wheel-drive cars exist primarily for simplicity and cost effectiveness and because of this principle will not last very long on a curve doing the opposite of a rear-wheel drive vehicle and throwing itself out of a turn. Proving this is the fact that Porsche does not release a front-wheel drive vehicle.

And The Winner Is…

All three of these layouts have pros and cons – yet the question remains: which is fastest around a track? Which car is the better race car? Since that most races occur on a track the new innovative all-wheel drive would most certainly be the best option in the scenario as it combines the advantages of a front-wheel drive as well as a rear-wheel drive and with systems such as the PTM controlling the drive force, a rear wheel such as the Cayman will most definitely come in at a close second place.