A Classic with a Dash of New 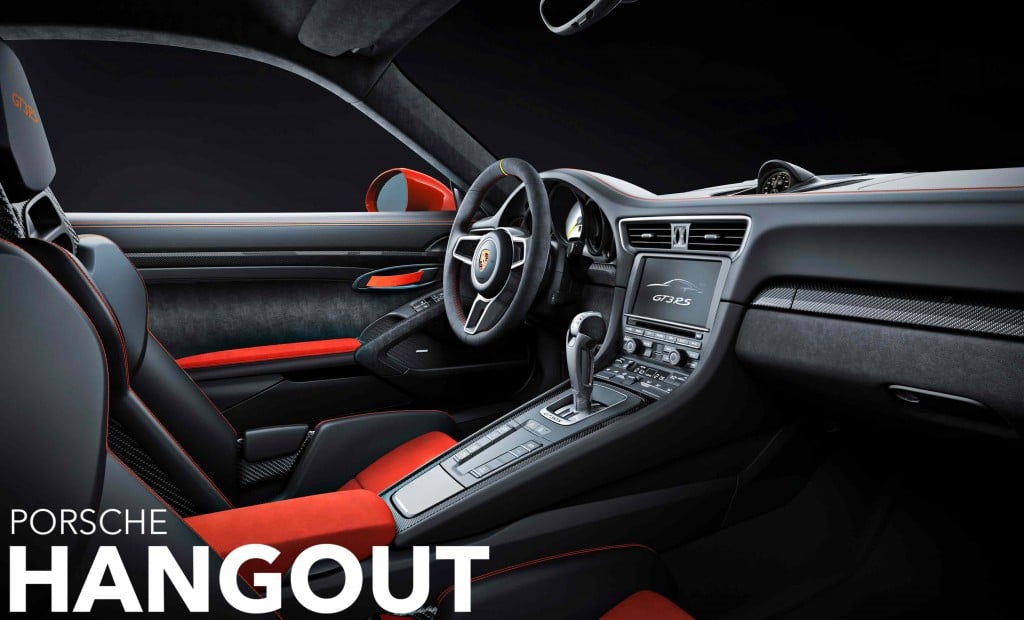 You’ll only have to wait a few more months to get a closer look at the Porsche 911 range’s new look, which will include improvements to the snug interior. The changes will affect the entire range, from the 911 Carrera, to the sportier 911 S models and through to the fire-breathing Turbo and GT3 versions.

Of course, being a 911, you would need to be a true aficionado to pick up such subtle exterior tweaks – such as the new LED daytime running lights, different graphics for the headlights and tail lights and refashioned door handles. Of course, the magic of the 911 range – and of Porsche design as a whole – are the incremental improvements to design, never straying too far from its classic form and yet remaining contemporary enough to keep the competition at bay. Step inside the cabin and the enhancements are just that little bit easier to see, feel, and touch.

Larger, crisper infotainment display
The first of these major upgrades is the bigger infotainment display, which will improve upon the already competent and user-friendly Porsche Communication Management (PCM) system currently in use. Of course, the tablet-like display is a significant visual step up from the smaller LCD used previously.

Additions to this interface will include better connectivity and more sophisticated navigation mapping. With its larger size and slicker software, you can anticipate increased usability – and that much more time to focus on the unparalleled enjoyment of driving the 911 along your favorite stretch of asphalt!

The controls below the new screen also have a revised layout, and these will surely complement the improvements made to the touchscreen’s software.

Smarter, sexier steering wheel
The new, multi-function steering wheel (spotted on a 911 Turbo prototype version) looks nearly indistinguishable from the one in the 918 hybrid supercar. Whether this design will extend to the rest of the 911 range remains to be seen, but the racier wheel does add a touch of extra excitement inside and its virtual donation from the 918 is a subtle clue that Porsche wants to beef up the feeling of true supercar excitement from the driver’s seat.

Also new is the presence of a multi-function switch on the lower right-hand side of the steering wheel. On the 918, this switch operates the supercar’s different driving modes. On the 911 turbo, the switch is likely going to control your ability to swiftly toggle between Sport and Sport+ modes.

The current 911 cabin remains a driver’s delight and several of its features will be carried over to the face-lifted version. These include the gauge pods (there are five of them) that make up the familiar instrument panel. Dominated by the rev counter, it would be a surprise if Porsche altered these dramatically on the final product, since you’d struggle to find a more legible and user-friendly setup anywhere else. Plus, at the speeds the 911 range is capable of, you want to be able to see how fast you’re going with just the quickest of glances!

Finally, while the quality of the materials in the 911-series cabin have always satisfied, you can look forward to these stepping up a notch too.

Overall, the forthcoming 911 dashboard looks to retain the positive attributes of the current version, while adding just enough technical and design improvements to keep you entertained – and to maintain your access to the glorious mechanicals that lie beneath! You can expect to see the face-lifted 911’s unveiling at the Frankfurt Motor Show in September.